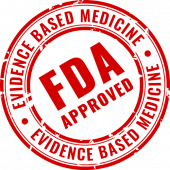 Biophysical stimulation and the periprosthetic bone: is there a rationale in the use of Pulsed Electromagnetic Fields after a hip or knee implant?

We compared the clinical outcome of 33 patients undergoing TKA randomly assigned to the control or the pulsed electromagnetic field group .

Magnetic therapy was administered postoperatively. Patients were assessed before surgery and then at one, two and six months postoperatively using international scores.

One month after TKA, pain, knee swelling and functional score were significantly better in the treated compared with the control group.

Pain was still significantly lower in the treated group at the six month follow-up.

Three years after surgery, severe pain and occasional walking limitations were reported in a significantly lower number of patients in the treated group.

Advantages deriving from early control of joint inflammation may explain the maintenance of results at follow-up. Magnetic therapy should be considered an effective completion of the TKA procedure.

Therapeutic uses of electric and magnetic fields in orthopedics‏

The value of the magnetic field in bone fractures